On the Traces of the Ice Age 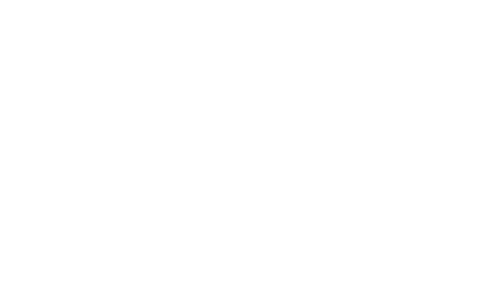 Follow the traces of the Ice Age in Rokua Geopark!

Rokua Geopark has a lot to see and do for all ages! We put together three ready-made route suggestions for your trip at Rokua Geopark. Along the circular routes you will find our most amazing natural and cultural destinations as well as versatile services! Grab a car or a bike and go discover the Oulujoki River Valley, Rokua ridges or Lake Oulujärvi!

The stories of the Oulujoki River Valley, Ridges of Rokua and the Lake Oulujärvi circular routes introduce the traveler to the origins of the landscape and local cultural history of Rokua Geopark. The features of nature and the landscape on these routes are very different from each other, but all of them have the same phenomenon behind them, the Ice Age. Its traces can be seen in various ways in the Oulujoki River Valley, the Rokua esker and dune area and Lake Oulujärvi. The environment created by the Ice Age has also enabled different types of living conditions in these areas from 8,000 years to the present day.

Routes with directions, descriptions and destinations can be found in the free Outdooractive service, which is worth downloading to your phone from the app store. The service also works in the browser.

Get to know the circular routes:

The Oulujoki water basin is known as an ancient route of travel, tar and tourism, and many important cultural sites have survived from this time, such as the Lamminaho farm and the wooden churches of Muhos and Utajärvi. Today, the Oulujoki River generates a lot of hydropower, and the Oulujoki power plants and their residential areas designed by architect Aarne Ervi, form an interesting entity in terms of architecture and history. Part of the Oulujoki river valley area is also classified as a nationally valuable landscape area. 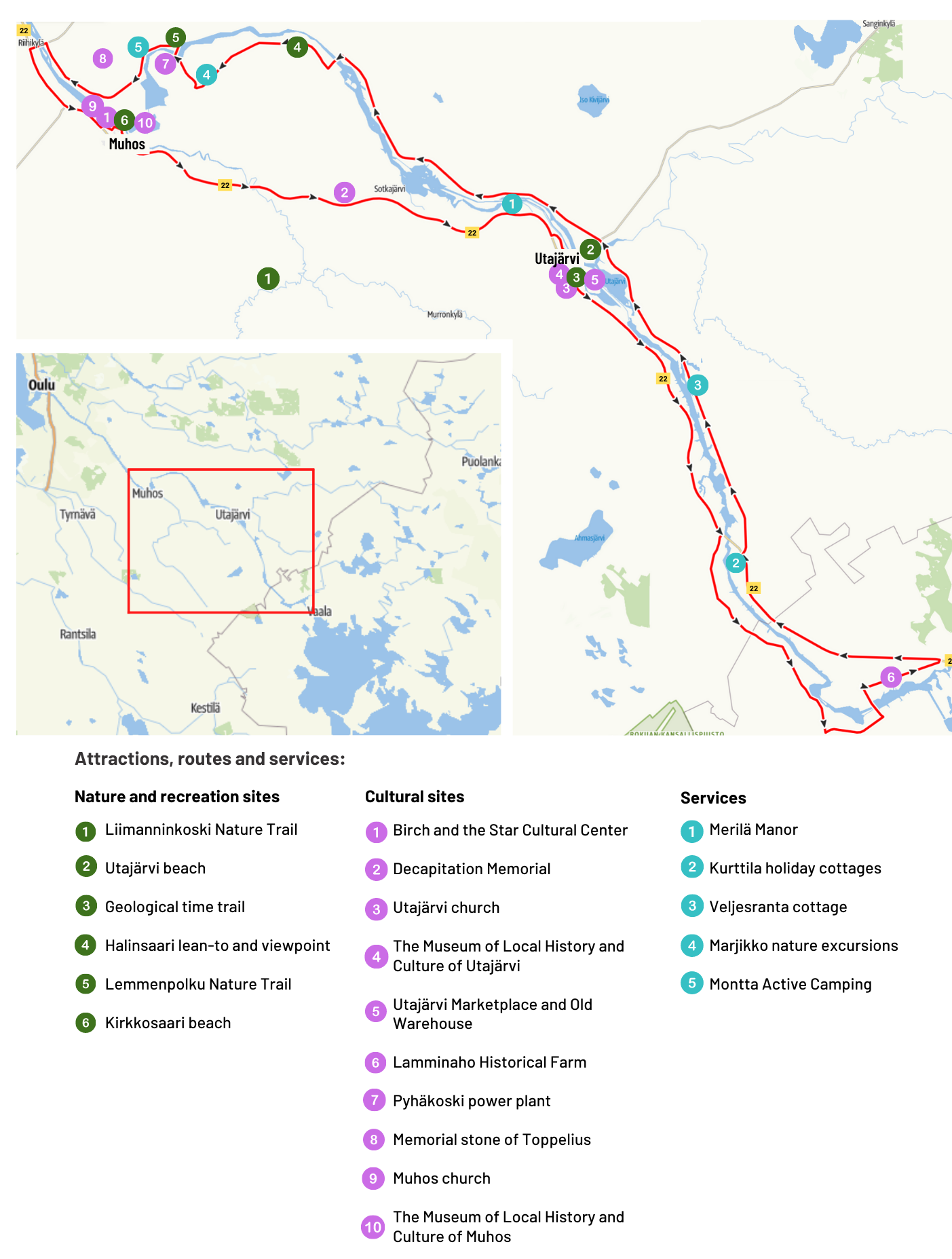 On the route that goes around the Rokua ridge area, you can hike in Rokua National Park, enjoy the countryside, and learn the stories of local poets and folk healers.

The Rokua area with its national park, chosen as the Finnish Outdoor Destination of the Year 2018, is a muted natural work of art shaped by the ice age. The rolling hills and forests are covered with a thick, silver lichen rug. Here and there are crystal clear kettle ponds. In the midst of silence, the sounds of nature are clearly heard. The story of the Rokua ridge begins at the end of the ice age more than 10,000 years ago, when the melting waters of the glaciers and strong winds piled up tens of meters of sand in the Rokua area. Today, Rokua is home to Finland's largest sand dune field, where the highest single dune rises 25 meters above the surrounding terrain. At Rokua there has also been tar burning in its time, and you may notice tar-burning pits and, on the other hand, traces of forest fires that originated from the burning of tar.

The rolling terrain continues to the southeast of the national park as "Little-Rokua" as you head to the village of Neittävä. From Neittävä, you can stop by the road Keisarintie, built in the 17th century. This road heads to the southern part of Rokua National Park and to the Lake Pitkäjärvi parking area. From the p-area you can walk to the Pitkäjärvi hut to enjoy snacks and nature. Continuing to the pristine village of Pelso and Kylmälänkylä, the landscape changes from rolling ridges to idyllic wide open fields and marshes, and there is no longer any clues about the dry sandy terrain.

The Kalevala Heritage Village, in Ahmas is located at the end of the route. The traditional village has a fine collection of buildings as well as stories about the poets and folk healers who lived in Ahmas, whose poems and spells have ended up all the way to the national tale Kalevala. 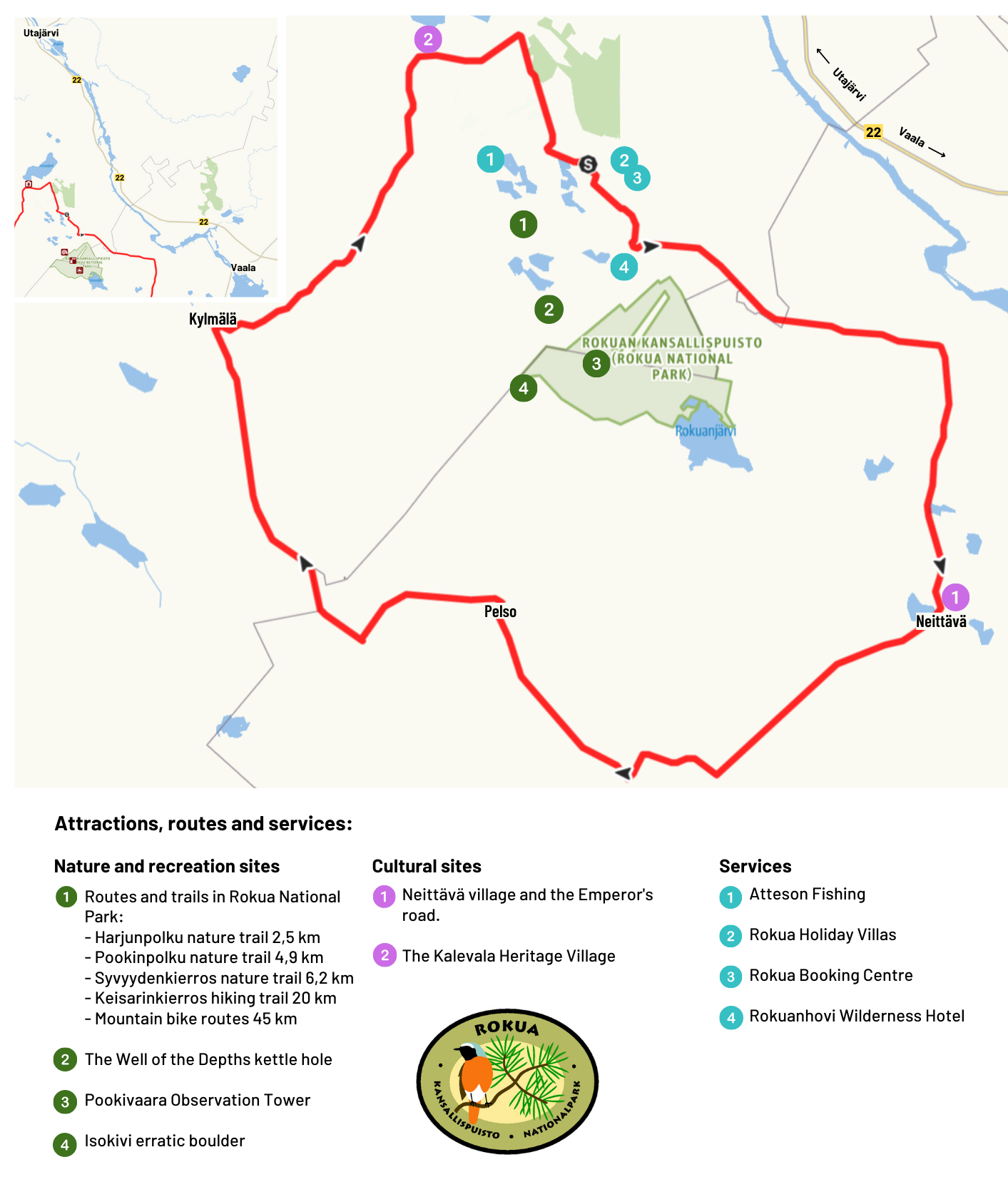 According to one theory, the eye-catching landscape of Lake Oulujärvi has been created as a result of the effects of ancient crustal movements, continental ruptures and the ice age, and according to another story, giants have had something to do with it. One way or another, the Lake Oulujärvi area is perfect for spending summer days and exploring interesting cultural history. Fish, paddle, hike, swim, watch birds, visit a museum or an art show. There is a lot to do for several days!

Along the circular route there are three important centers with their services: Vaala center, Säräisniemi and Manamansalo island. The Vaala municipal center is located at the starting point of the Oulujoki River, and has thus been an important passage for tar rowers on their way from Kainuu to Oulu. The former municipal center of Vaala, the village of Säräisniemi, is located about 15 kilometers south of Vaala. Säräisniemi has camping sites, a local history museum and a magnificent wooden church from 1781. The island of Manamansalo in the middle of Lake Oulujärvi is a real paradise with hiking areas and tens of kilometers of sandy beaches. Manamansalo has been inhabited since the Stone Age, of which signs can be found along the Peurapolku trail, for example. 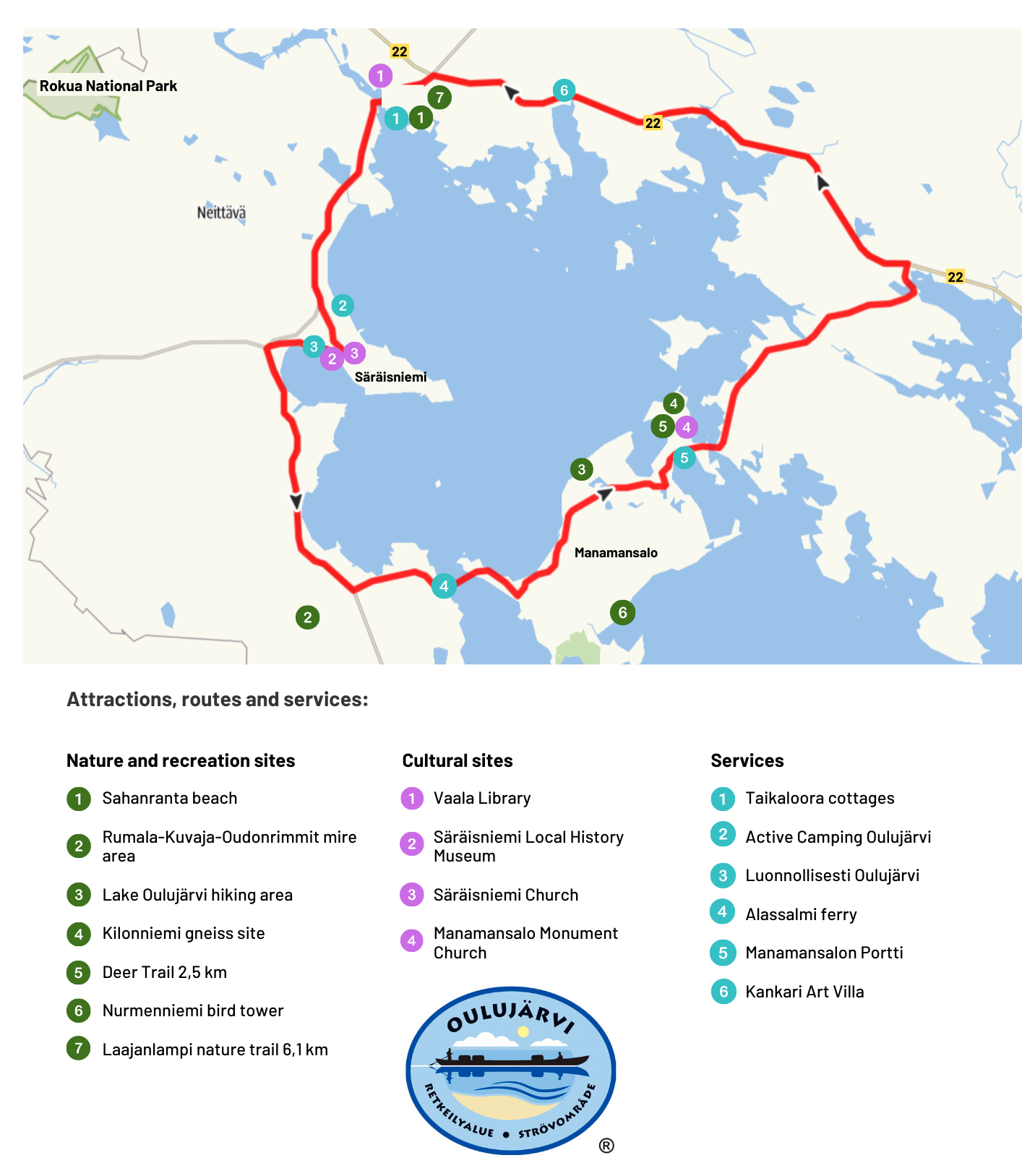